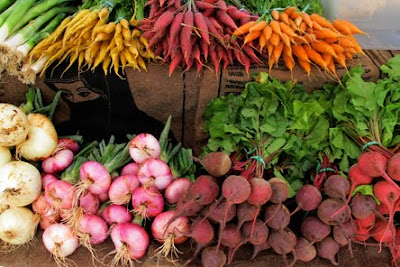 These are the initial symptoms of food allergies: Shortness of breath, flush face, watery eyes, coughing, sniffling, diarrhea, gastro-intestinal problems, hives, etc. Typically, a protein structure in one of the foods you ate is recognized as a foreign pathogen and the immune system goes into an overreaction mode to destroy the invader. The symphony of symptoms described above is your immune system at work. While most allergic reactions take several hours to clear the pathogen from your body; in some cases seeking medical assistance is advised. Until recently, the three most common foods that caused food allergies were eggs, peanuts and milk (lactose intolerance). Wheat became the fourth food associated with these types of problems. Under stress, all food allergies increase significantly. Now with foods created in the laboratory, just about anything can be a pathogen—to nearly anyone. In the words of activist, Jane Goodall, “The children of North America have now become the world’s lab animals on whom to study the long-term effects of eating GMO products.” GMO’s or genetically modified organisms (also known as Frankenfoods) are described as foods that contain DNA from another food source, perhaps another species. Examples include DNA from nuts in corn, DNA of flounder fish in tomatoes, and the herbicide Roundup in the DNA of corn and soybeans. GMO foods are banned in Europe and other parts of the world. As a professor at the University of Colorado, I taught a course in nutrition for 12 years. I brought in many guest speakers, including staff members of the local Whole Foods. Food allergies, we were told, are on the rise dramatically, much of which is related to GMO’s (which are not labeled as such, due to political lobbying by companies such as Monsanto who design these Frankenfoods.) Let the buyer beware!

Stress Tip for the Day:
It is estimated that about 60% or more of foods in your local grocery store are GMO’d (including ingredients in mayonnaise, catsup, and many frozen food items.) Nutrition experts repeated suggest to shop the perimeter of the grocery store, avoiding processed foods in the aisles, and buy organic foods whenever possible. Please become educated about the foods you eat, where they come from and how they are grown. This also includes asking questions of the staff of the restaurants where you frequent about where they purchase their foods. Take time to cultivate a healthy relationship with the foods you eat.

Link/Books Worth Noting:
Most Americans are unaware of the tinkering going on with our foods. Please take the time to educate yourself on this matter. Here are some resources to begin or continue your awareness:
Books: Seeds of Deception and Genetic Roulette by Jeffrey Smith

A good movie to rent is Food, Inc.

• Quote for the Day:
“Any scientist who tells you they know that GMOs are safe and not to worry about it, is either ignorant of the history of science or is deliberately lying. Nobody knows what the long-term effect will be.” – Geneticist, David Suzuki, giving the 2008 Commonwealth Lecture in London

“As far as genetic engineering for food, that is the great experiment that has failed. They literally have the entire world market against them. All those dreams… the blind will see, the lame will walk… has turned out to be science fiction. They are basically chemical companies selling more chemicals. They’ve been able to spread these herbicide-promoting plants around because it is more convenient for farmers who can just mass-spray their crops. But they’ve given absolutely nothing to the consumer while causing more chemical pollution and contamination.” – Lawyer, Andrew Kimbrell, executive director of the Center for Food Safety (USA)

Photo of the Day:
Whenever possible, buy organic products. This photo was taken at my local farmer’s market with many organic farmers who only sell organically raised produce.