Laughter IS the Best Medicine 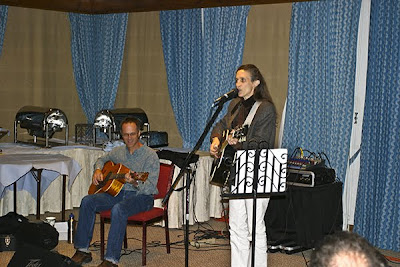 In time of stress, laughter can help balance one’s scale of emotions, if only temporarily. Today I have opted to cut to the chase, dispensing with theory and going straight for the application. Hope you get a few laughs today’s edition of Stressfully Speaking. Enjoy!

Every year, English teachers from across the country can submit their collections of actual analogies and metaphors found in high school essays. These excerpts are published each year to the amusement of teachers across the country. Here are last year’s winners…..
1. Her face was a perfect oval, like a circle that had its two sides gently compressed by a Thigh Master.
2. His thoughts tumbled in his head, making and breaking alliances like underpants in a dryer without Cling Free.
3. He spoke with the wisdom that can only come from experience, like a guy who went blind because he looked at a solar eclipse without one of those boxes with a pinhole in it and now goes around the country speaking at high schools about the dangers of looking at a solar eclipse without one of those boxes with a pinhole in it.
4. She grew on him like she was a colony of E. Coli, and he was room-temperature Canadian beef.
5. She had a deep, throaty, genuine laugh, like that sound a dog makes just before it throws up.
6. Her vocabulary was as bad as, like, whatever.
7. He was as tall as a six-foot, three-inch tree.
8. The revelation that his marriage of 30 years had disintegrated because of his wife’s infidelity came as a rude shock, like a surcharge at a formerly surcharge-free ATM machine.
9. The little boat gently drifted across the pond exactly the way a bowling ball wouldn’t.
10. From the attic came an unearthly howl. The whole scene had an eerie, surreal quality, like when you’re on vacation in another city and Jeopardy comes on at 7:00 p.m. instead of 7:30 p.m.
11. Her hair glistened in the rain like a nose hair after a sneeze.
12. Long separated by cruel fate, the star-crossed lovers raced across the grassy field
toward each other like two freight trains, one having left Cleveland at 6:36 p.m. traveling at 55 mph, the other from Topeka at 4:19 p.m. at a speed of 35 mph.
13. They lived in a typical suburban neighborhood with picket fences that resembled Nancy Kerrigan’s teeth.
14. John and Mary had never met. They were like two hummingbirds who had also never met.
15. He fell for her like his heart was a mob informant, and she was the East River.
16. Even in his last years, Granddad had a mind like a steel trap, only one that had been left out so long, it had rusted shut.
17. Shots rang out, as shots are wont to do.
18. The plan was simple, like my brother-in-law Phil. But unlike Phil, this plan just might work.
19. The young fighter had a hungry look, the kind you get from not eating for a while.
20. He was as lame as a duck. Not the metaphorical lame duck, either, but a real duck that was actually lame, maybe from stepping on a land mine or something.
21. The ballerina rose gracefully en Pointe and extended one slender leg behind her, like a dog at a fire hydrant.
22. It was an American tradition, like fathers chasing kids around with power tools.
23. He was deeply in love. When she spoke, he thought he heard bells, as if she were a garbage truck backing up.

• Photo of the Day:
The 10th Annual Mountain Retreat, held this year at Vail’s incredible Sonnenalp Resort may be over, but the memories will last a lifetime for all those who attended. Here is a photo from last night’s concert featuring Christine Bonoli and guitar virtuoso, Zach Bergen. A great time was had by all and we hope YOU can join us next year… Mark your calendar for Columbus Day weekend 2010!

• Quote for the Day:
”Laughter is the shortest distance between two people.”
— Victor Borge