Stress and ELFs: The Trouble With Cell Phones 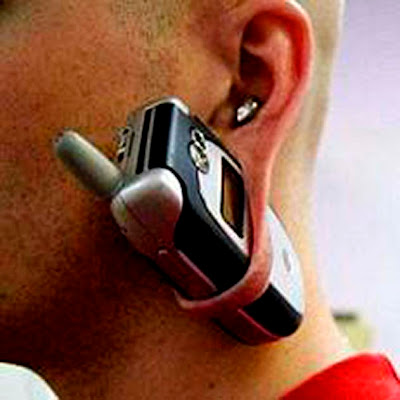 It is commonly known among scientists that energy is measured by vibrations per second (also known as Hertz or Hz). Various energies of the body can be measured in Hz as well, including brain waves and heart rhythms. Alpha waves of the brain are measured around 8 Hz, indicating a very relaxed state of consciousness. The planet itself has a vibration (known as the Schumann Resonance) measured at around 8 Hz. Speculation suggests that 8Hz is the vibration of health, vitality and relaxation. Various vibrations on the energy spectrum are categorized. Researchers have known for quite some time that Extremely Low Frequencies (ELFs) 20-60 Hz, can have a negative effect on human physiology (specifically cancerous tumors, insomnia via compromised brain chemistry) through the principle of “entrainment.” Electrical current is measured at the ELF of 60 Hz. Microwave ovens and cell phones operate at an ELF not in a harmonic resonance with any aspect of the human energy field. The bottom line is that cell phones compromise the integrity of your health, from brain physiology to the immune system. Research studies describing the harmful effects of ELFs have been around for decades. New research regarding the harmful effects of cell phone and cordless phones use are now coming to light, but not without controversy (talk may be cheap, but there is a lot of money in this industry).

Stress Tip of the Day:
Do you choose convenience over your health? Many people do, particularly with regard to cell phone use. If you knew that repeated and prolonged cell phone use caused brain tumors, decreased production of the sleep hormone, melatonin, decreased sperm count in men, altered brain chemistry at the blood brain barrier and suppressed the immune system, would you still use it? Today people have abandoned land line phones for the convenience of wireless communication. The question is at what expense? There was a time when people only used these phones for emergencies. Perhaps a return to this modus operandi is not a bad idea. FYI: WiFi hookups in the home also operate at ELF’s not harmonious with the human energy field. Let the user beware!
Links/Books to Note:
The link below comes from an extremely well researched article published in GQ magazine and featured on many NPR programs, including This American Life, Living on Earth and All Things Considered. Please take the time to read this article (and the second article I found in Harpers Magazine.

Years ago Robert Becker, MD wrote the acclaimed book, Cross Currents. Although it was written before the invention of cell phones, the content regarding ELFs is timeless. I feel this book should be read by everyone.

Quote of the Day:
The term “entrainment” was coined by scientist Christian Huggens (the person who discovered the rings around Saturn). As the creator of the pendulum clock, he was the first to notice how the energy of vibrations effect various objects (e.g., women who live or work together who begin to menstruate together). Here is a definition of entrainment: The mutual phase-locking of like-frequencies causing the object of lesser vibration to match the object of greater (stronger) vibration.

Photograph of the Day:
This photo was sent to me for a presentation on cyber addictions. Perhaps this photo says it all.

Playtime is Essential to Life

Playtime is Essential to Life