Time to Lighten Up! Smile 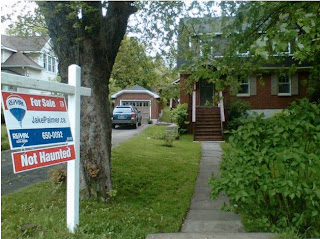 Back by popular demand, today’s blog is about the importance of comic relief in our lives. Once again we will skip the theory and go straight for the application… Enjoy!
The Burglar
A burglar broke into a house one night. He shined his flashlight around, looking for valuables when a voice in the dark said,
“Jesus knows you’re here.”
He nearly jumped out of his skin, clicked his flashlight off, and froze. When he heard nothing more, after a bit, he shook his head and continued. Just as he pulled the stereo out so he could disconnect the wires, clear as a bell he heard:
“Jesus is watching you.”
Freaked out, he shined his light around frantically, looking for the source of the voice. Finally, in the corner of the room, his flashlight beam came to rest on a parrot.
“Did you say that?” he hissed at the parrot.
“Yep,” the parrot confessed, then squawked, “I’m just trying to warn you that he is watching you.”
The burglar relaxed. “Warn me, huh? Who in the world are you?”
“Moses,” replied the bird.
“Moses?” the burglar laughed. “What kind of people would name a bird ‘Moses?’”
“The same kind of people who would name a Rottweiler ‘Jesus.’”
One Night in Shannon, Ireland
Young Paddy invited his mother for dinner, during the course of the meal his mother couldn’t help but notice how lovely Paddy’s flat mate, Joanne, was.
She had long been suspicious of a relationship between the two,
and this only made her more curious.
Over the course of the evening, while watching the two interact,
she started to wonder if there was more between young Paddy and his flat mate than met the eye.
Reading his mum’s thoughts, Young Paddy volunteered,
‘I know what you must be thinking, but I assure you,
Joanne & I are just flat mates’.
About a week later, Joanne came to young Paddy saying,
‘Ever since your mother came to dinner,
I’ve been unable to find the frying pan, you don’t suppose she took it do you??
‘Well I doubt it, but I’ll e-mail her just to be sure’ said Paddy.
So he sat down and wrote
DEAR MOTHER,
I’M NOT SAYING THAT YOU ‘DID’ TAKE THE FRYING PAN FROM MY HOUSE.
I’M NOT SAYING THAT YOU ‘DID NOT’ TAKE THE FRYING PAN
BUT THE FACT REMAINS THAT IT HAS BEEN MISSING
EVER SINCE YOU WERE HERE FOR DINNER.?
LOVE, PADDY
Several days later, Paddy received an email from his mother which read
DEAR SON,
I’M NOT SAYING THAT YOU ‘DO’ SLEEP WITH JOANNE,
AND I’M NOT SAYING THAT YOU ‘DO NOT’ SLEEP WITH JOANNE,
BUT THE FACT REMAINS THAT IF SHE WAS SLEEPING IN HER OWN BED, SHE WOULD HAVE FOUND THE FRYING PAN BY NOW!

Quotes for the Day
• “No matter how cynical you become, it’s never enough to keep up.“ —Lily Tomlin
• “Some guy hit my fender, and I told him, ‘Be fruitful and multiply,’ but not in those words.“ —Woody Allen
•“I used to be Snow White, but I drifted.” —Mae West
• “My wife was afraid of the dark… then she saw me naked and now she’s afraid of the light.” —Rodney Dangerfield
• “Depression… is anger without the enthusiasm.” Steven Wright
• “A word to the wise ain’t necessary – it’s the stupid ones that need the advice.” —Bill Cosby
Photo For the Day
I found the photo on the Internet…Somebody had a sense of humor. Enjoy!
Brian Luke Seaward, Ph.D. is an internationally renowned expert in the fields of stress management, mind-body-spirit healing and stress and human spirituality. He is the author of over 12 books including the bestsellers, Stand Like Mountain, Flow Like Water, Stressed Is Desserts Spelled Backward, The Art of Calm, Quiet Mind, Fearless Heart and Managing Stress (7e) and the newly released, A Beautiful World: The Earth Song Journals. He can be reached through his website: www.brianlukeseaward.net
© Brian Luke Seaward, Ph.D.
Next Post