Why Do People Lie? A Question of Trust 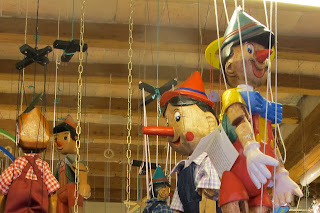 Simply stated, people lie out of fear (stress) often in a state of panic. Sometimes they lie because of frustration, but mostly out of fear. In either case, stress-prone lying is inappropriate behavior. At the highest levels, it’s unethical…and immoral. At best lying is a form of insecurity. When lying is done as an act of deceit (for personal/selfish gain), it’s despicable. And while everyone has lied at some point in their lives, it doesn’t make it right. The repercussions of lying undermine everyone’s level of trust. When trust is lost, it is extremely hard to regain one’s confidence. No one likes being lied to. Lies come in all kinds of shapes and sizes, from white lies (an effort to honor a sense of confidentiality) to big fat whoppers; those are the worst, because they tend to put stress on others.  People who make a habit out of lying are called pathological liers and stress governs their lives. Plain and simple, lying is a distortion of reality. Plain and simple, lying is wrong.
Stress Tip for The Day:
Make a habit of placing a filter over your mouth before you speak. Ask yourself if you are distorting reality (yours and others).  Do your lies hurt others? Equally important, are the words that leave your lips a short term effort to appease your level of stress?  As the metaphor goes, lies become an inescapable web. As the saying goes, “the truth will set you free.”  Opt for the truth every time. Take time to honor the concept of honesty. It IS the best policy.
Links and Books of Note:
M. Scott Peck has a wonderful book called, People of the Lie. I highly recommend it.
Quotes of the Day:
“It’s better to offer no excuse than a bad one.” — George Washington
“Tell the truth, it’s easier to remember.”—Mark Twain
Photo of the Day
With an abundance of examples of lies in the news today, I decided to play it safe with a photo from my trip to Tuscany, Italy, the home of the renowned fable Pinocchio and let you read between the lines.
Brian Luke Seaward, Ph.D. is an internationally renowned expert in the fields of stress management, mind-body-spirit healing and stress and human spirituality. He is the author of over 12 books including the bestsellers, Stand Like Mountain, Flow Like Water, Stressed Is Desserts Spelled Backward, The Art of Calm, Quiet Mind, Fearless Heart and Managing Stress (7e) and the newly released, A Beautiful World: The Earth Song Journals. He can be reached through his website: www.brianlukeseaward.net
© Brian Luke Seaward, Ph.D.
Next Post

The Art of Atonement; Making Amends

The Art of Atonement; Making Amends