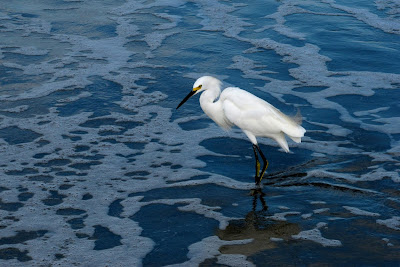 If you have ever driven toward a destination with a GPS device and made a wrong turn, you know the response (often in a woman’s voice)…“Recalculating.” Being picked up at the Orlando Airport this week to speak at a conference, my friend told me she got lost on the way… even with the Garmin GPS. “Recalculating, recalculating, recalculating.” We both laughed. Perhaps it was no coincidence that my talk was about behavior change; letting go of stressful habits in favor of non-stress related behaviors— I could have called my talk, “Recalculating… the mind.” During one of the breaks, someone said to me, “Gee, wouldn’t it be great if there was a Garmin GPS “recalculating command” feature for humans when we are about to make a mistake— RECALCULATING!” I smiled and said, “There is! It’s your conscience, but few people actually listen to it.” We sharpen the edge of the Conscience sword at a young age, learning right from wrong. But there are many bad behaviors we pick up from family and friends that we don’t even know are stress producing, whether its survival skills living with an alcoholic parent or simply wanting to be accepted by our peers. We don’t know their bad behaviors until we become lost, or more aptly put, spiritually adrift. Indeed, we have a GPS device of sorts in our mind. We just need to listen to it, not ignore it.

Stress Tip for the Day:

I have talked to friends who own GPS devices who become so reliant on them that they return home and have no idea where they actually drove. Simply stated, no memory of the actual driving was imprinted on the brain. Metaphorically speaking, we can become so numb to the voice of our conscience that we walk around like zombies, just as people do the same in driving situations. The common phrase is “being clueless.” This is the reason why meditation is such an important skill to practice: Learn to become the observer in your life. Allow your conscience the opportunity to do its work.

If you ever saw the Disney movie, Pinocchio, then most likely you remember the character, Jiminy Cricket. In the original story, there was no cricket. Disney made him up to personify Pinocchio’s conscience. The movie is worth watching again (as Joseph Campbell reminded us about the power of myth) to bring us back home.

Photo for the Day:

I too, have a Garmin GPS device, and if I was home, rather in Florida, I would try to take a photo of it for today’s image. Instead, here is a photo of a white crane (not far from my ocean front hotel room) in pursuit of his dinner last night. From what I could tell, he didn’t need to recalculate any moves.

Quote for the Day: